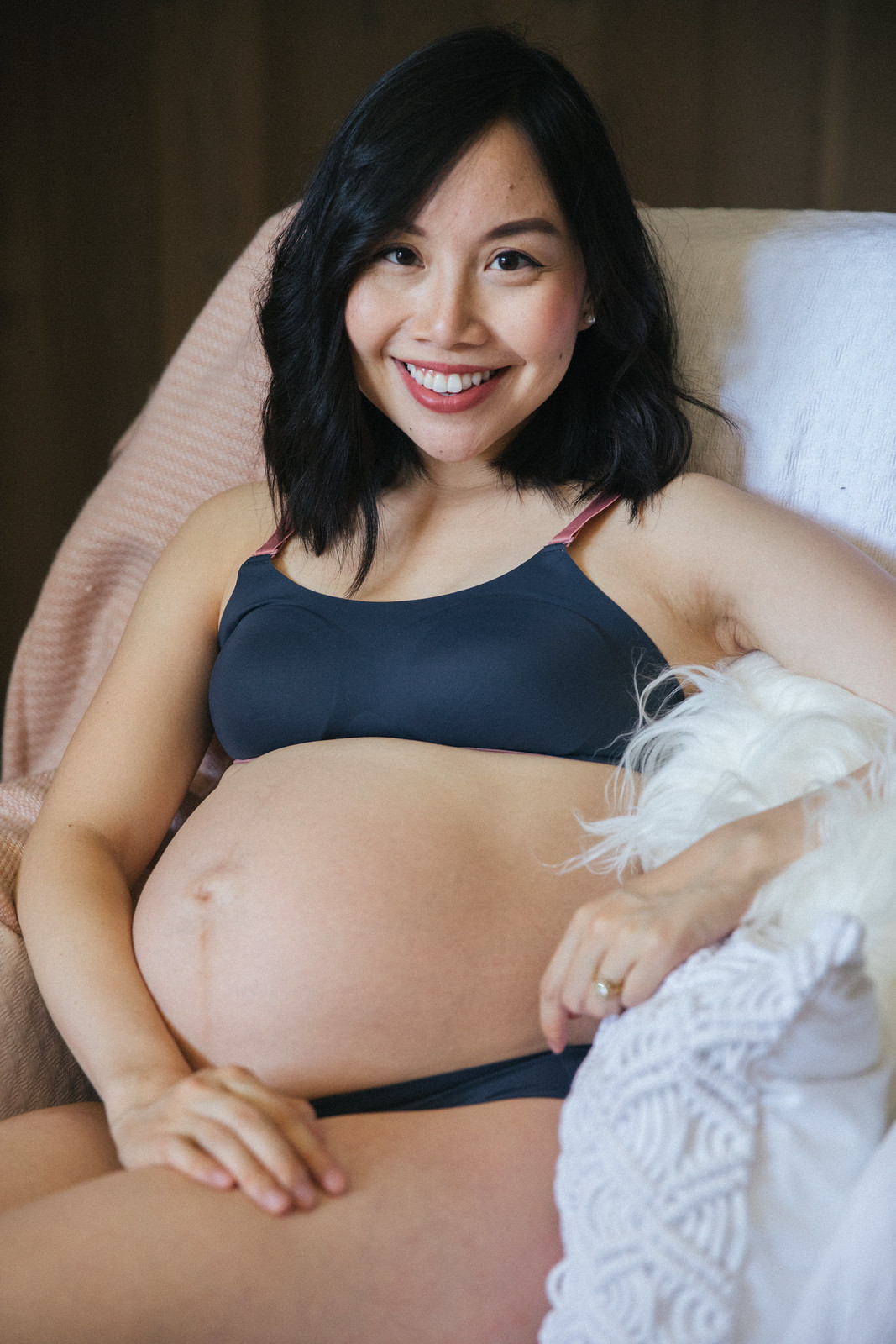 “WOW. I can’t believe how huge you’re getting!”. The first time I heard those words, “shocked” would probably be the best word to describe my reaction. I think I was around 16 weeks along, excited that my bump was getting big enough to be noticeable and feeling healthy again after finally getting back to a regular exercise routine following a very lethargic first trimester. I certainly didn’t think I was huge at that point, maybe just a little out of place and uncomfortable in my rapidly changing body. After that initial shock wore off, the next step was to complain to my husband about how insensitive people could be, to which he responded (bless his heart) that he was sure it was meant as a compliment. 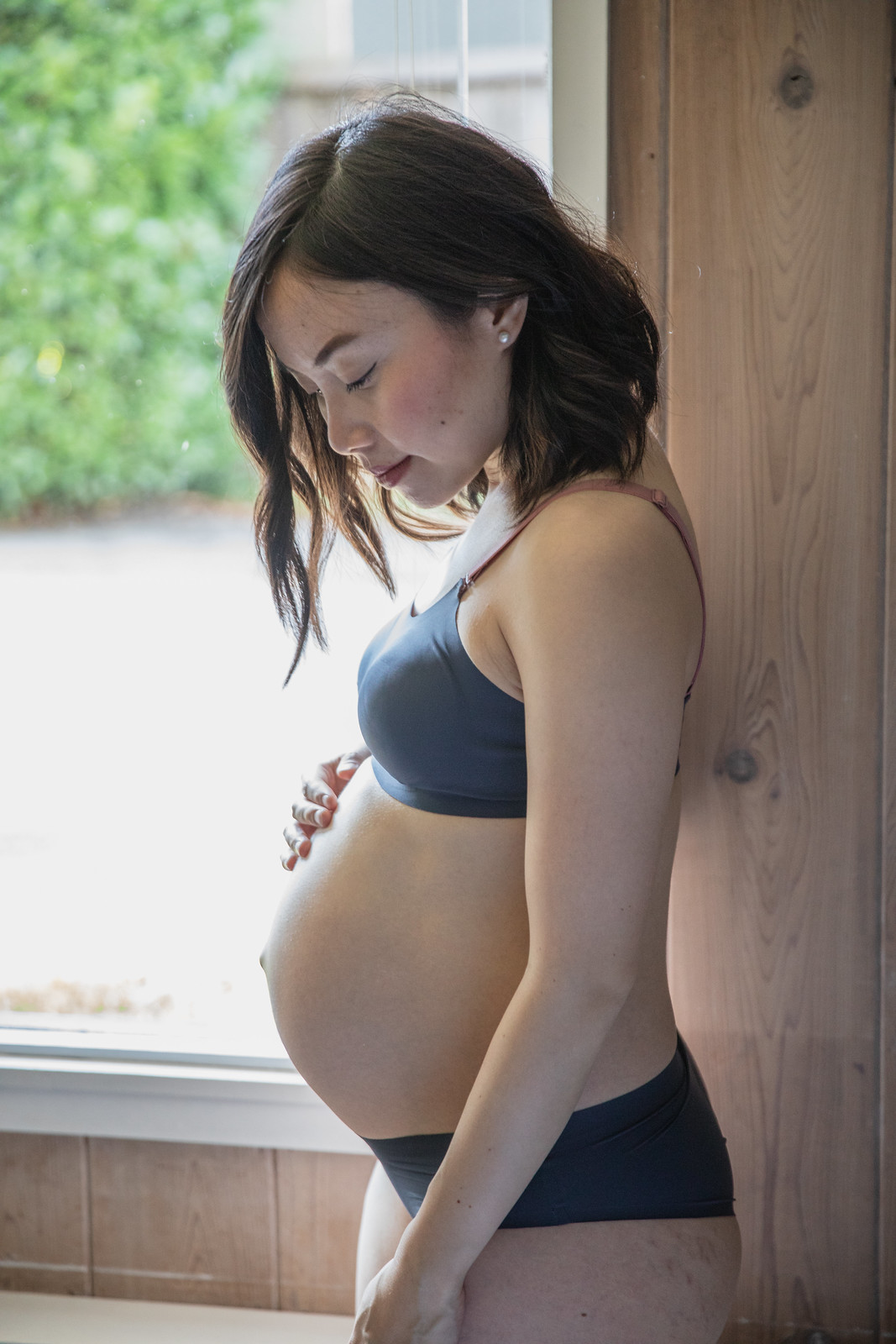 Since then, I’ve had many similar remarks directed toward me, from close relatives to near-strangers alike. Whether it’s a surprised look from a spin instructor when I tell her I’m only 20-something weeks along, or an unsolicited comment about my “getting fat” from my well-meaning grandma, I’ve been surprised by the lack of filter there’s been from other women about my body since I’ve gotten pregnant. But what’s perhaps made me even more uncomfortable than the words themselves has been the sense of guilt I’ve had about feeling annoyed by the comments at all. Surely I’m just being too sensitive? Or maybe it’s my responsibility to be self-assured enough to know these things don’t mean I’m not doing a good job with carrying this baby?

As women, I know we all struggle with being comfortable in our skin on some level or another. While I’m generally quite happy with how I look provided I’m caring for myself through exercise and diet, being pregnant has brought it to a whole other level: I’ve never felt more vulnerable, and each week seems to bring on new, sometimes uncomfortable, surprises. The other week I discovered what looked like veins all over my softening thighs and the sides of my butt. After deducing that they were actually stretch marks, I spent a better part of the evening in front of the mirror observing them, trying to accept these markings and telling myself that they were a byproduct of a very good thing my resilient and capable body was doing. Admittedly, it was hard. 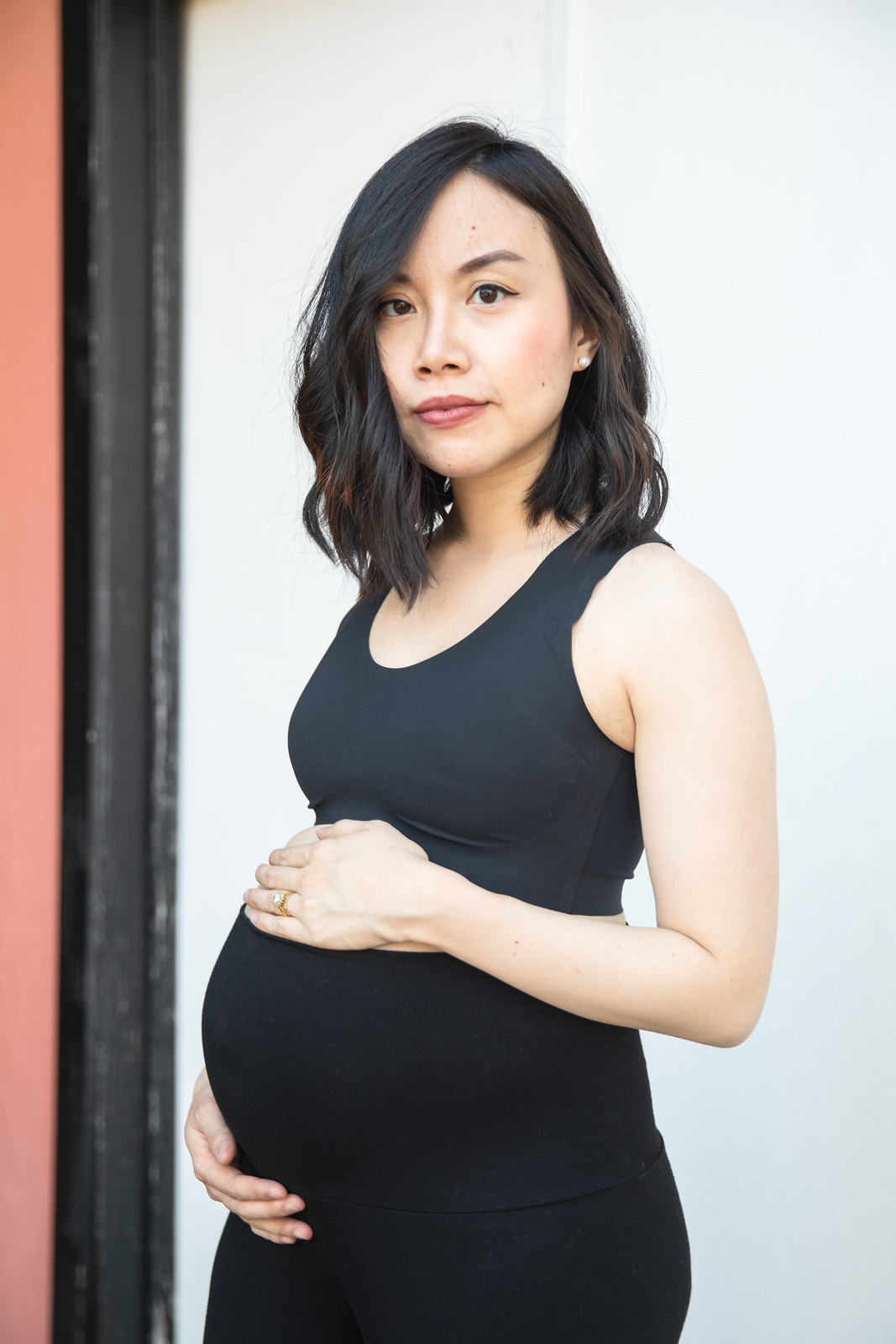 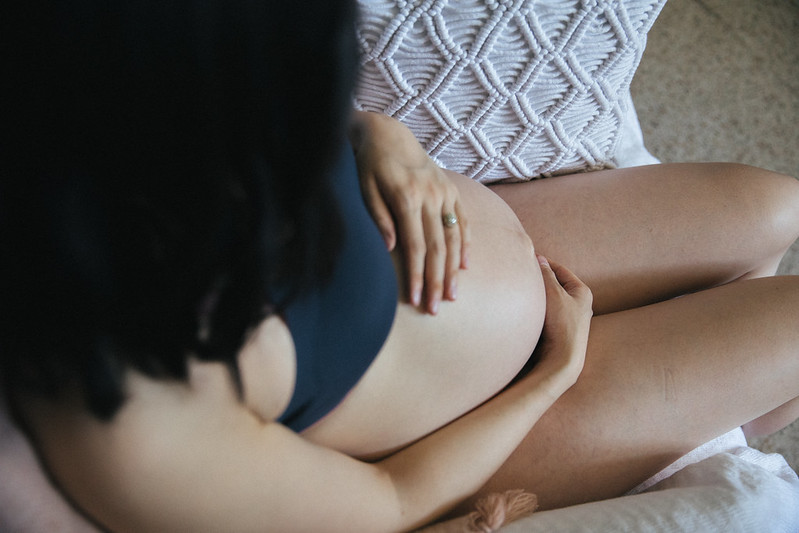 We work so tirelessly to eliminate the standards of beauty that have been set for us in our daily lives, and I know many of us would never dream of making comments about a woman’s size in any other circumstance. So why does it seem like that all goes out the window when she becomes pregnant? Whether a mama-to-be’s belly is too big or too small, whether she’s gained too little or too much weight… why does is it seem like fair game to say whatever one wants at this time, especially when the range of what’s healthy is so large, and there are so many differences to be celebrated especially now? Where does that come from?

I’ve been asking myself these questions for the last few months now, all while working to love my body during this exciting, and often emotional, stage of life. I don’t know the answers and I’m not sure that I soon will. But when Knix reached out recently and asked if I wanted to do a shoot while they were in Vancouver, I was quick to say yes (after just a small bit of hesitation). The Canada-based brand celebrates bodies of all sizes, using a large variety of models and staying away from any re-touching in their images. And while these photos capture a lot of the “imperfections” I’ve noticed about myself, I’m so grateful to have them to keep and look back on. Stepping out in their underwear at 28 weeks I felt liberated, strong, and dare I say it – beautiful. 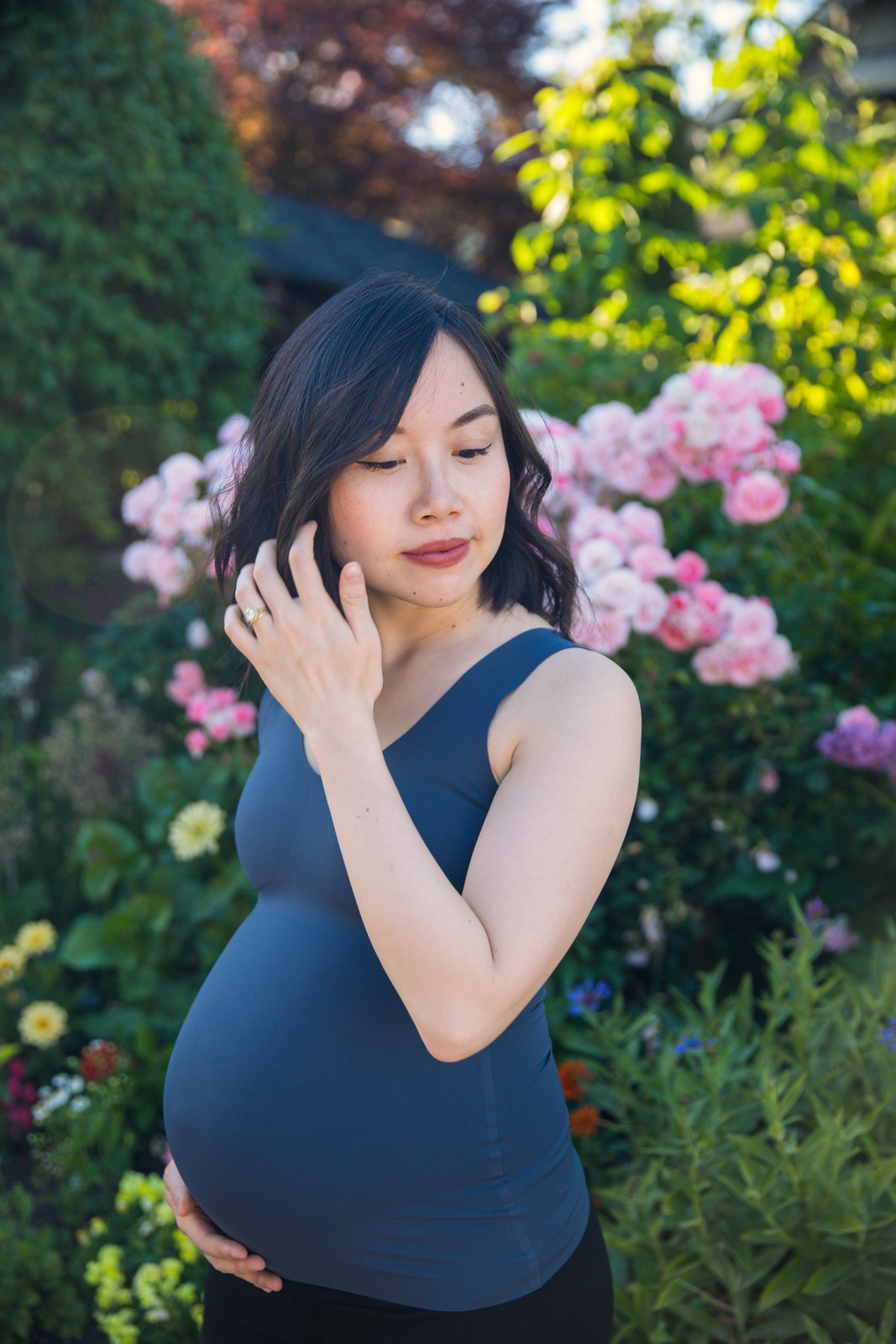 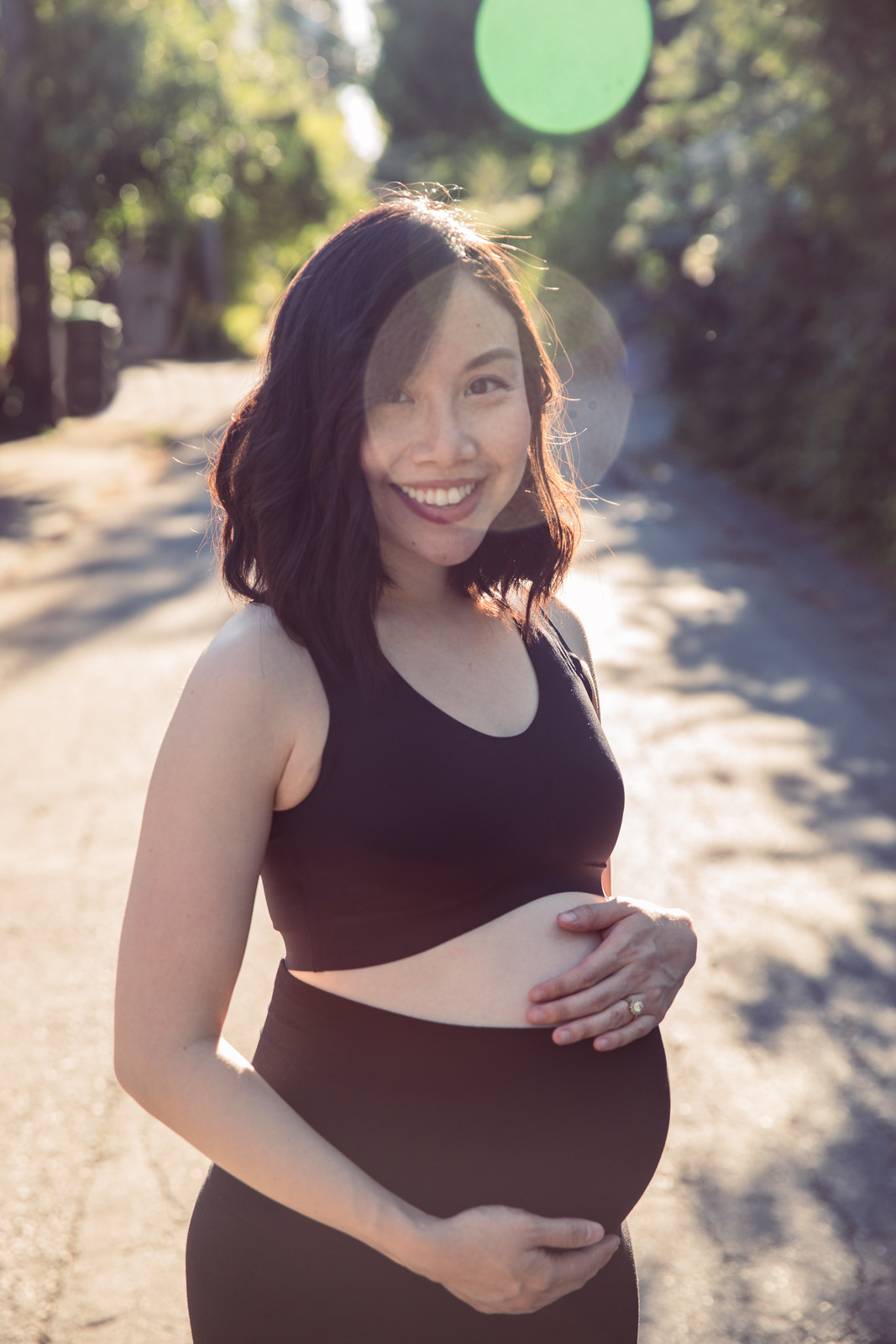 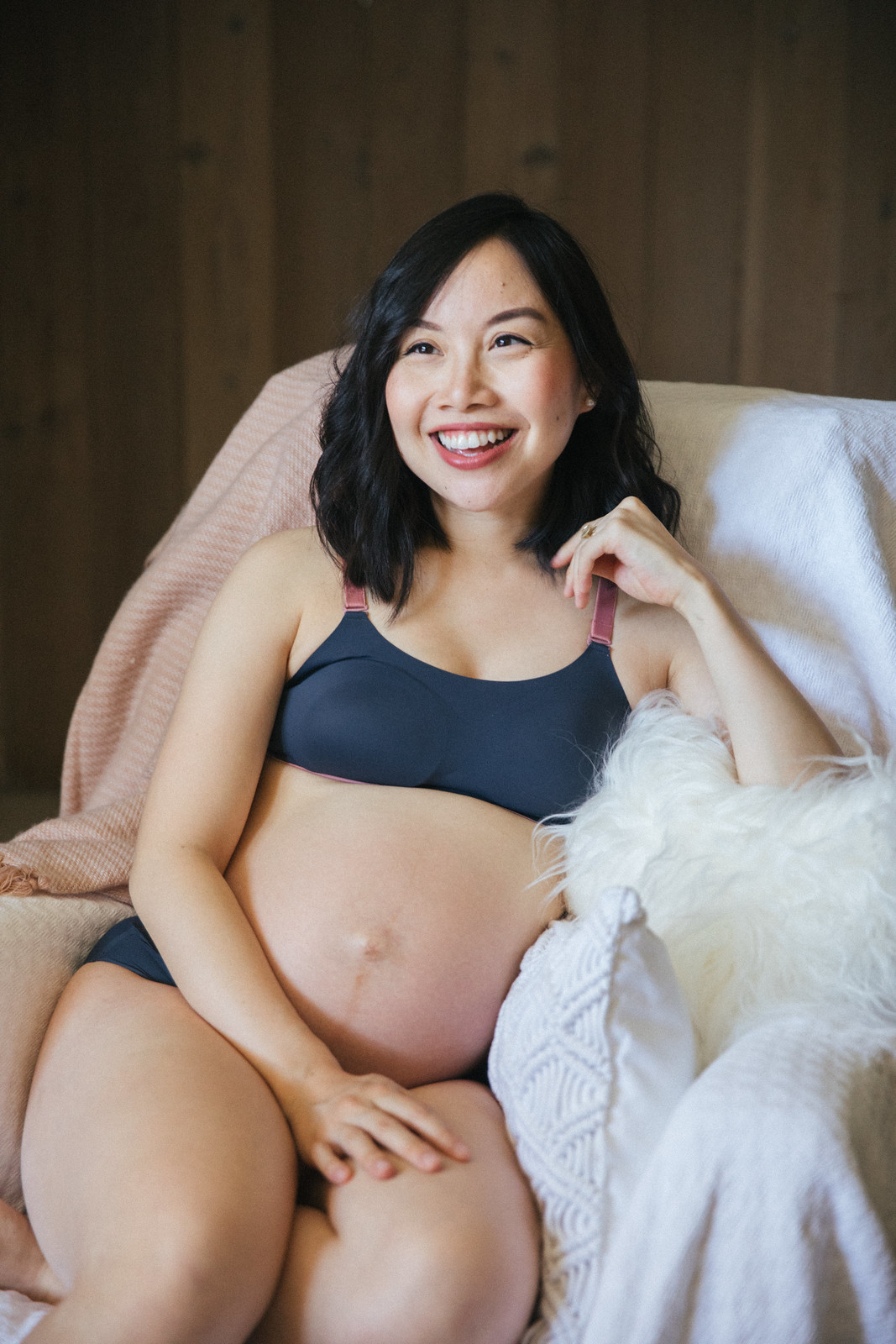 PS. From now until July 31, Knix is offering my readers 20% off their entire site. They only have sales semi-annually so this is a great opportunity to support the brand and pick up some thoughtfully made, quality underwear. Just click through to shop using these links if you’re in Canada or the US, and use code herwaisechoice20. My favourite pieces are the 8-in-1 Padded Evolution Bra and the Racerback Evolution Bra (which is thick enough to wear to the beach or lake!). 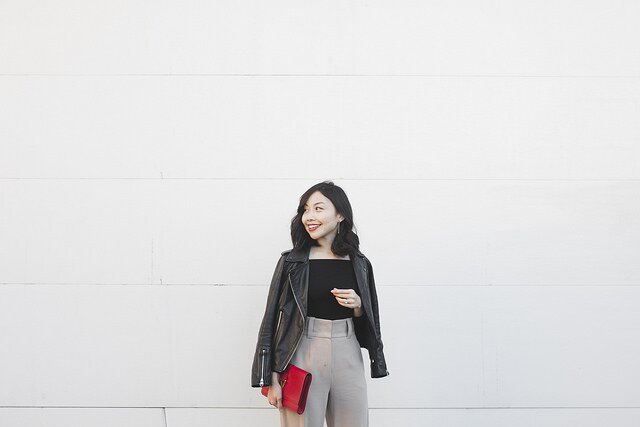